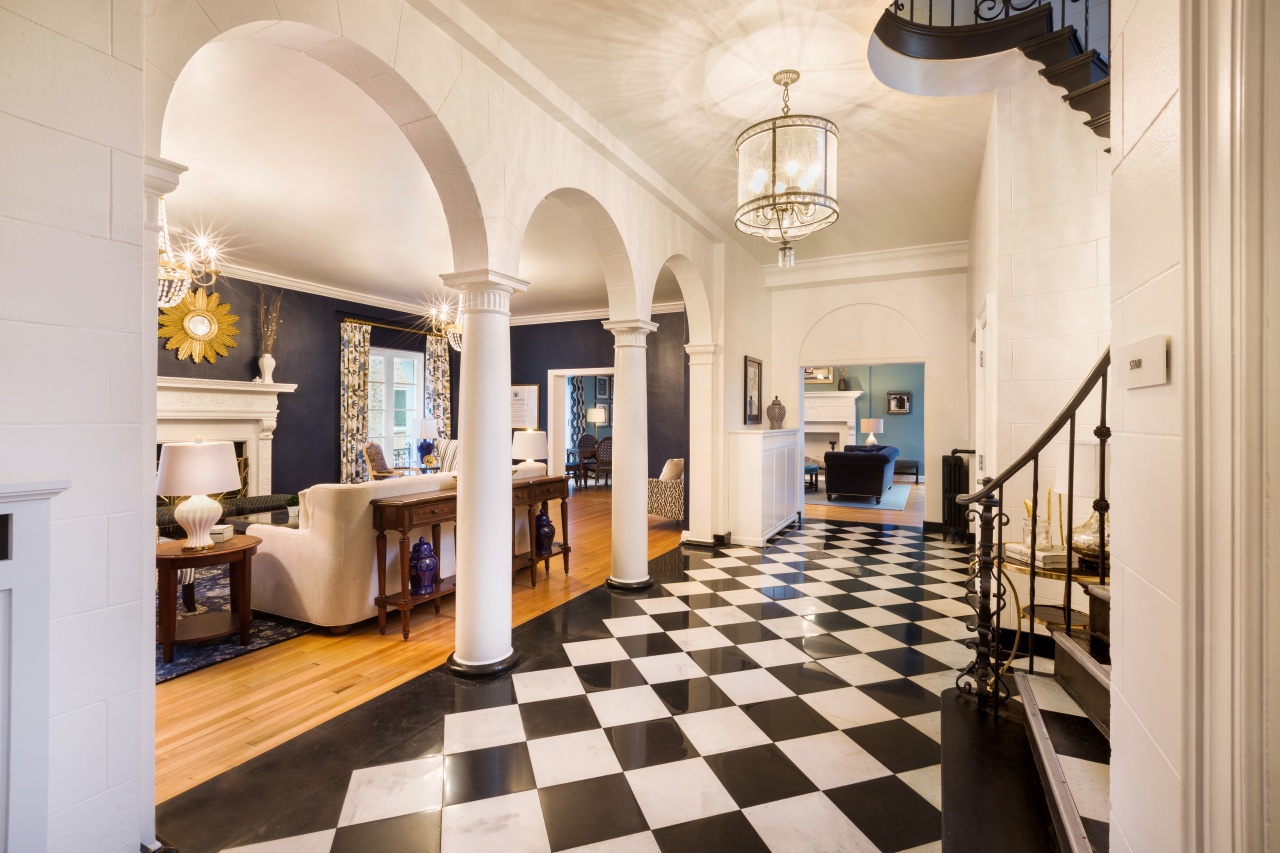 Alpha Xi Delta, a women’s fraternity at the University of Wisconsin-Madison, leased a property in the architecturally rich Langdon Street neighborhood outside campus. They and project management firm CSL Management sought a general contractor to complete major interior renovations and create a first class facility for the Chapter women.

The building was originally constructed in 1923 as a Catholic women’s dormitory. Recent owners and tenants of the property had neglected and vandalized it, and it had fallen into a state of extreme disrepair. It was teeming with mold, bed bugs and cockroaches, and drug paraphernalia and garbage was littered throughout. Wiring and conduits were exposed, windows were broken, walls had holes and toilets were unhooked. Flooring and tiles were cracked, stained and in some areas, stripped down to the concrete. Nearly every surface was damaged, and most of the classic structural elements had been covered up.

In just five months, National Construction restored the five-story, 22,037 square foot building’s original character and took it back to its roots of quality housing for women. Key architectural elements were re-established – a triple archway in the foyer, five fireplaces, the decorative steel spiral staircase railing, crown moulding and French doors with original hardware.

Nearly every room was gutted, electrical and plumbing element was replaced and surface was refinished.

The restored building has been recognized as the top Chapter facility in the University of Wisconsin-Madison Greek Community, specifically for its public areas and bathroom facilities.

"We are really proud of this multi-level historic renovation. As is common in remodels, we were unable to establish a comprehensive understanding of the structure and condition of the building prior to beginning. Our team worked hard to remedy the structural issues we discovered, and to restore the property to its former glory."

"Despite an extremely tight schedule and several unforeseen challenges, National Construction did a phenomenal job of delivering the project on time and within budget. Their unmatched level of expertise and communication made the entire process run smoothly and efficiently."