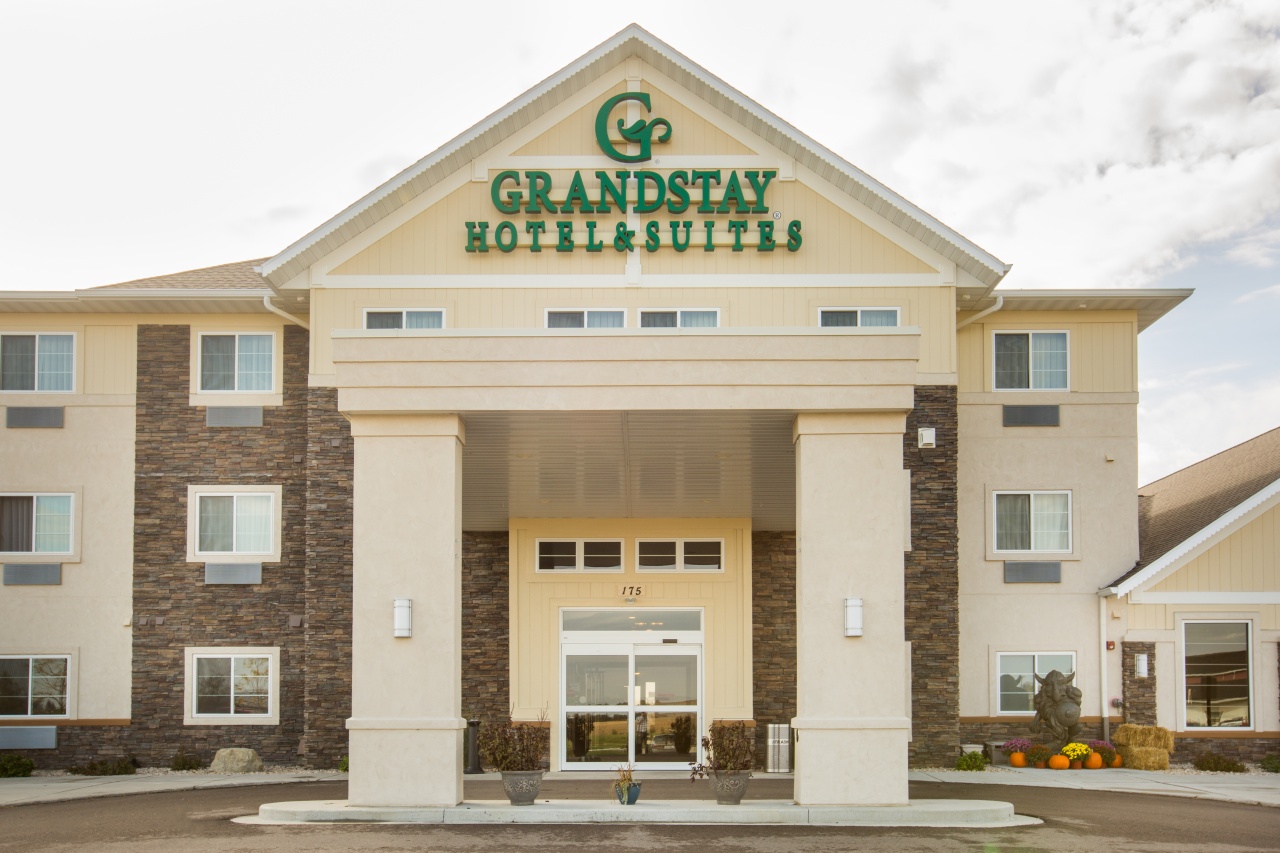 As effects of the 2008 recession receded, the owner of a once rural but quickly developing corridor between Highway 18/151 and downtown Mount Horeb hired a developer to plan construction of a hotel for the TIF district property.

The developer held an initial public meeting, which was well attended. Interest was high among local leaders, as the hotel would anchor growth along the east side of the Madison suburb and provide much-needed lodging for visitors to the tourist-destination village, area businesses and nearby wedding venues.

Ultimately, a group of village leaders teamed up as investors and contracted with National Construction, owned by fellow residents Jeff and Mary Grundahl, to build and license a locally owned and operated GrandStay Inn & Suites.

The developer and investor group initially favored placement as close to the highway as possible for accessibility and visibility. Early in the planning stage, National Construction determined that positioning the hotel closer to the street – still within view of the highway – would provide significant cost savings because of proximity to utilities and decreased driveway length.

Soon after construction began, the contractor encountered an obstacle common to southern Wisconsin: bedrock. Elevation was established without having to blast it out, and National trenched in space for the foundation and utilities.

National shortened the schedule to avoid impending winter weather by utilizing panelized construction, and completed the project on time and under budget. A groundbreaking was held in the fall, and a ribbon cutting was held the following spring.

Reservations are consistently high, and investors are pleased with the hotel’s performance. Occupancy is bolstered by several area barn-style wedding venues, and medical industry professionals visiting Epic in nearby Verona. Outdoor space has also been consistently utilized.

Continued success may prompt investors to move forward with plans to add more rooms, a casual restaurant, and banquet and meeting facilities, which initial construction was designed to accommodate.

"We were thrilled to construct this much-needed addition to the community my family calls home. "

Jeff Grundahl Owner, National Construction
Facts at a Glance Village leaders teamed up as investors Panelized construction and site adjustment save time and money 62 rooms, including extended stay units Quick access to highway and area attractions
Like What You See?